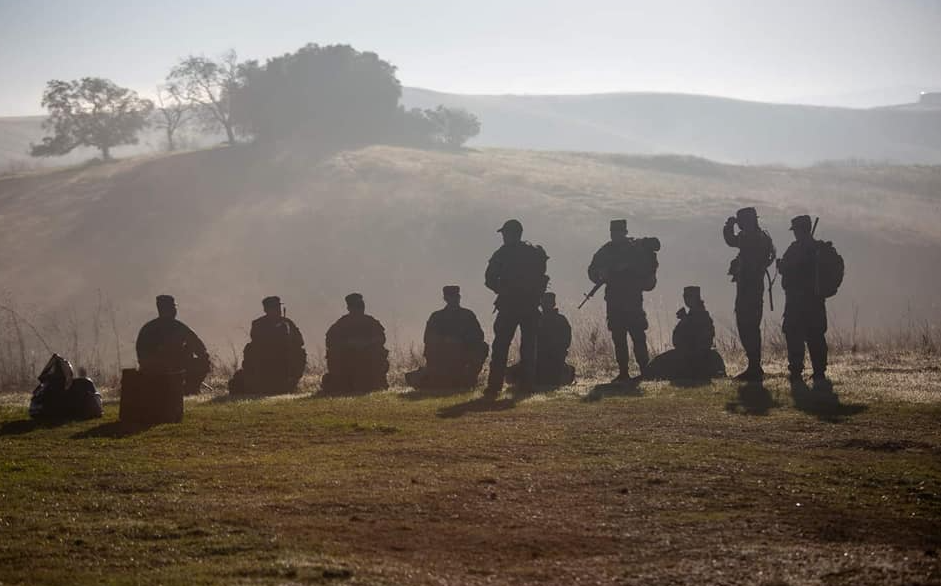 It’s not all about spending time in the classroom. There are many opportunities for you to get to know your fellow cadets better and increase your skills in a variety of areas. Learn more about these events and activities below.

The Golden Bear Color Guard practices once a week, coordinating with both the Air Force and Navy Color Guard for major events, both on and off campus. Notable performances include Golden State Warriors and San Francisco 49ers games.

The Cadet Club is the student organization arm of the Golden Bear Battalion. It supports Cadets at training events, conducts fundraisers, and improves espirit-de-corps by organizing social events for Cadets outside of training. It also offers leadership positions to younger cadets with guidance and coaching from senior leadership in a collaborative space.

Cadets have the opportunity to attend Airborne School for 3 weeks, located at Fort Benning, Georgia. Widely known as Jump School, Soldiers are both physically and mentally challenged, training to paratroop out of a C-130 and C-17 aircraft. Upon completion, Cadets earn jump wings and become parachutist qualified.